Rob is an award-winning Fine Artist right here in West Columbia, South Carolina. He is a graduate of the University of South Carolina with years of experience in the art world. He is a master of palette knife painting, custom framing, art preservation, home and office art placement, oil painting, and so much more.

Rob knew he wanted to be a professional artist when he was 15 years old and taking David Vandiver’s art class at Dreher High School. That was when he first started painting daily. As an art studio major at USC, he studied painting and also took as many of Boyd Saunders’ printmaking classes as he could.

After college graduation, Rob worked at a large art gallery, managing it until he opened his own business in 2018, Rob Shaw Gallery in West Columbia. Rob spends a lot of time framing other artists’ work and organizing art shows.

When he became a father — his daughter, Olivia, and his son, Gray — Rob primarily began using a palette knife to paint. “Before that, I was painting kind of realistic brush paintings that I was spending months on,” Rob says. “They were kind of slow to sell, and it was kind of a tedious chore for me … So, I decided, I’m going to get loose, paint faster, and try to paint a painting a day. I started using the palette knife. It was great for doing fast paintings. It was amazing. I was painting faster, I was enjoying it more, and all of a sudden, they were selling better.”

Rob’s method involves sketching lightly and quickly with charcoal. Then, he says, “I just start slinging paint and fix it as I go.” He uses a big palette knife and paints back to front. For his colorful landscapes, that usually means the sky, then the tree line.

"Mistakes lend more of a history to the canvas," Rob says. Sometimes he paints new paintings over old ones. He even intentionally alters perfectly good images for the sake of character, like dragging a sheet of Plexiglas across the pieces “Beaufort Oak” and “Moonlight Stroll.”

Rob's weapons of choice are the Holbein palette knife, oil paint, and a blank canvas to showcase his landscape paintings. Rob's work can be seen in many private and corporate collections, including First Citizens Bank and The Cultural Council of Richland, and Lexington Counties. In 2005, he won second place in the NBSC Oil Painter’s Invitational, an art show that traveled the state for a year. In 2008, Shaw won Best in Show (Professional Division) at the South Carolina State Fair for his piece ‘Green Mist on Gervais.’ In 2016, he was juried into ArtFields in Lake City.

When asked about his favorite thing about being an artist, Rob said "I love the challenge of taking a blank canvas and turning it into a work of art that people will enjoy for years to come." He continued, "I also enjoy the relationships I've formed with other artists and art collectors over the years." Rob Shaw continues to be a pillar of advocacy in the local West Columbia and art communities. 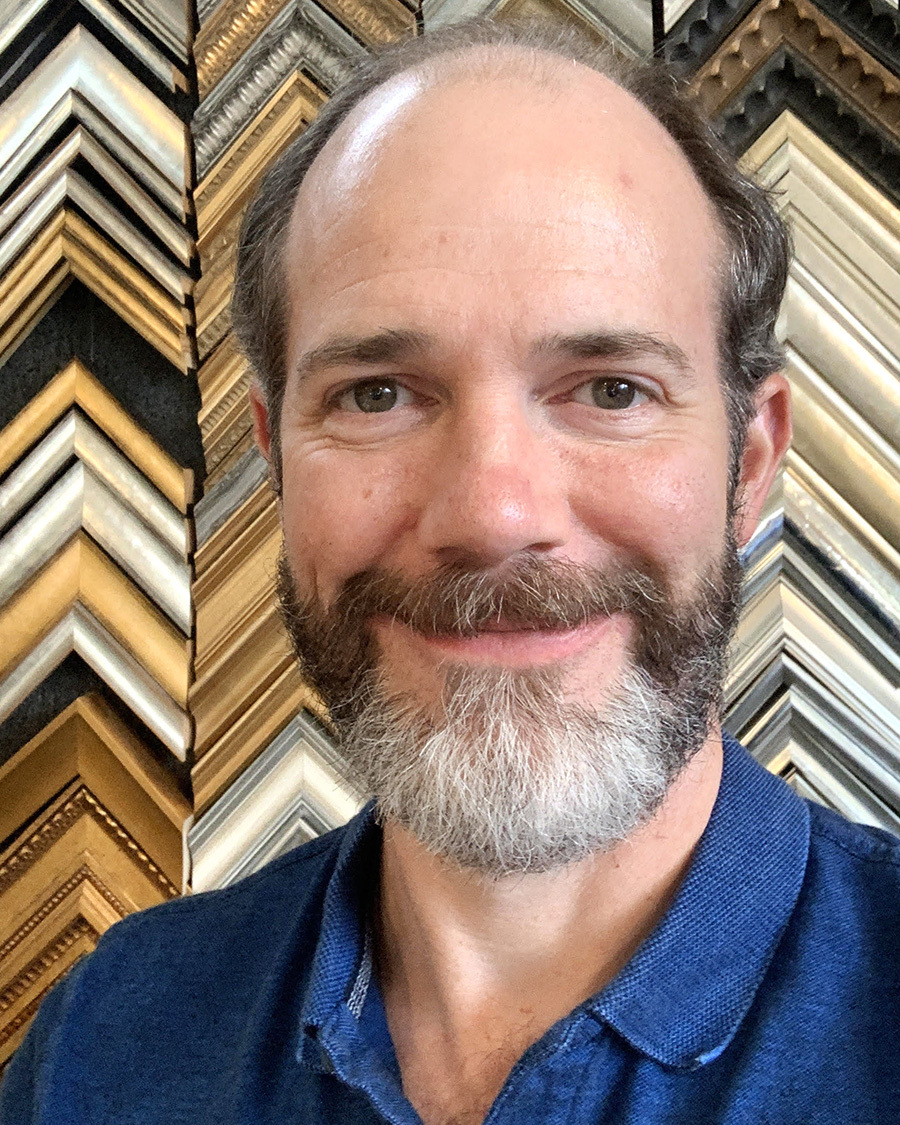